A lot of hype has preceded the launch of the latest UK challenger bank, Atom Bank, and today iSky Researchers received our invitation code allowing us to access the bank's offering. What follows is an account of our experience. 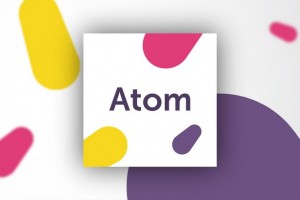 Firstly, it should be noted that Atom Bank is purely an app based, mobile device banking offering. It does not offer customers access to web based digital channels. The bank has also launched with only one product - fixed interest savings accounts.

The use of colour, space and design throughout the app is consistent and quite straightforward. Unlike other banking apps, iSky researchers never felt 'lost' in a maze of excessive menus, buttons or text, and in this way Atom Bank was something of a 'fresh' offering.

However, the app felt lite - and is certainly no standard bearer for the wave of challenger banks that are launching with an ambition of dismantling the stranglehold of the UK's High St, mainstay banks. This may be a result of only having one product offering, but regardless there were settings and security that we thought could have been added to provide customers a more rounded experience.

The first, and most obvious was the absence of fingerprint security for Apple device users. This functionality is increasingly available in other bank offerings, to the point where those not now offering would be seen as lagging behind the marketplace. Atom Bank has taken a different route, and launched its app with voice and facial recognition security, as well as PIN security. The two former methods work well, and are simple to setup, though require steps that take longer to complete (in terms of login) and could be a bit socially awkward when conducted in public (saying 'My Voice is My Passport' in a crowded room might make the introverts amongst us a little uncomfortable).

The strongest element of the bank's offering was the process for setting up an account, and the KYC steps involved. In this way, Atom appears to have taken a leaf out of the book of US based systems such as Chexsystems, relying on historical knowledge of the customer's financial history (such as when they most recently opened a bank account, and who their current mobile phone provider is) to ensure the customer is who they say they are.

There are a variety of personalisation features - which you would expect from a mobile app only bank - such as colour schemes, account names and of course images. Though accessing some of the menus does feel a bit clunky (in terms of the graphical way in which they open).

All in all, we see the first incarnation of the Atom Bank offering as a positive step for challenger banks, one that will hopefully serve as a learning opportunity for Atom and others - as there is plenty of room for improvement.

The screenshots below are evidence of some of the communication for the bank, as well as select screenshots from the app setup and account opening processes.

Scroll down to see more. 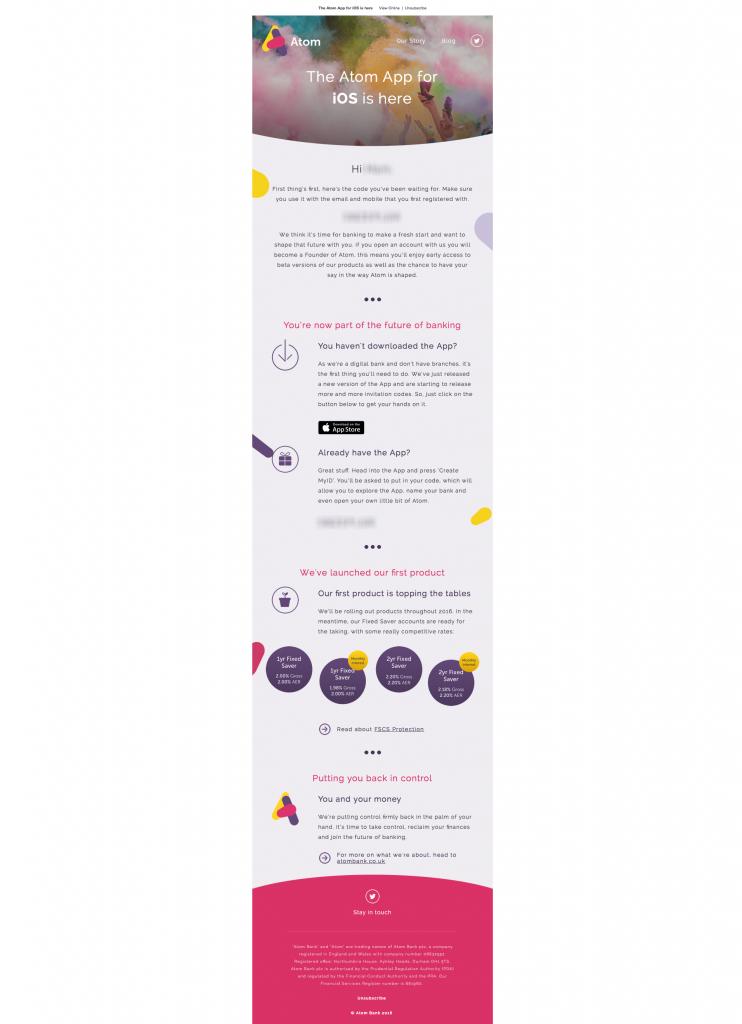 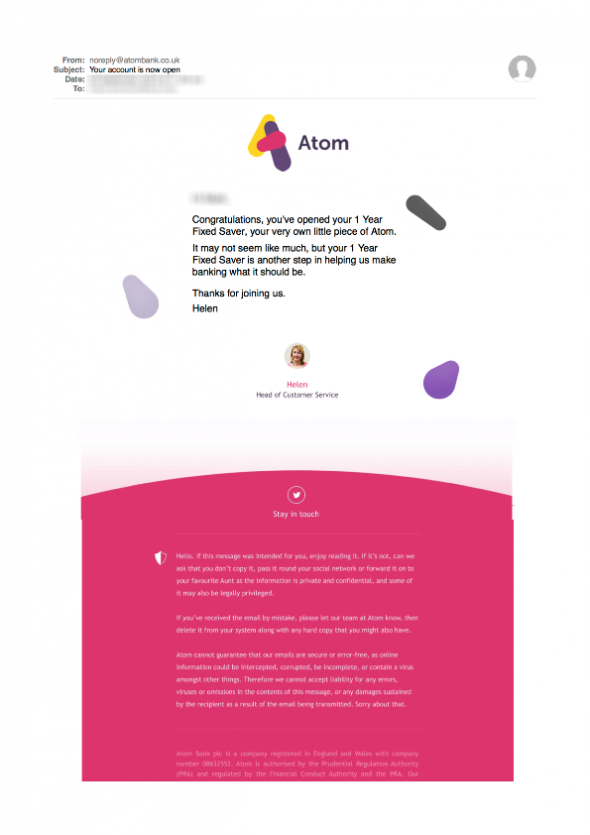 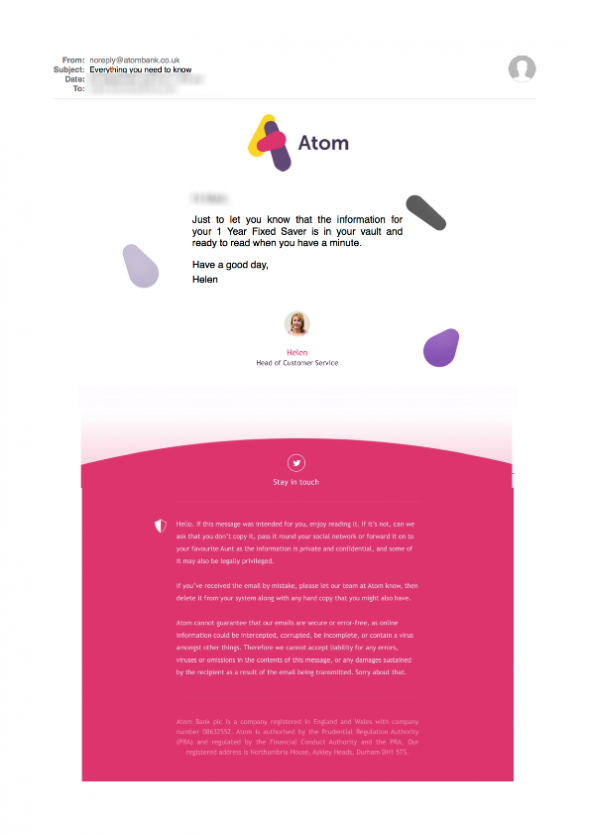 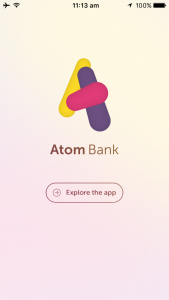 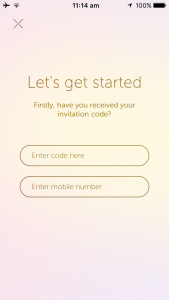 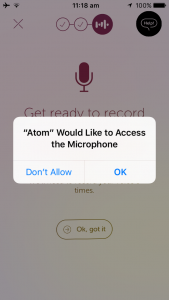 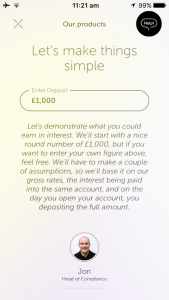 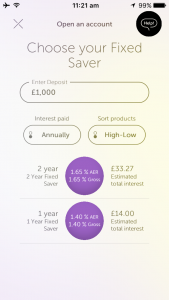 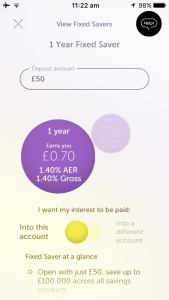 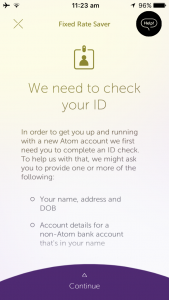