The Commonwealth Bank of Australia, the country's largest bank and member of the nation's Big Four, today released an updated version of its award winning Commbank app for iOS mobile devices. 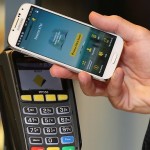 The new app, v3.1.3, was accessed by iSky Research using an iPhone 5s and we have compiled a video that highlights both the updated features as well as some of those more engaging functions that have been introduced in the past twelve months.

The Commbank app has been viewed as one of, if not the 'best' apps offered by a bank in the Australia digital banking marketplace, both in terms of its design and layout, as well as an extensive set of features and functions, including Touch ID (biometric security), Simple Balance (pre-login balance notifications), Cardless Cash (card-free ATM withdrawals), card management features and the ability to generate a proof of balance letter - all of which are demonstrated in the video below.

Today, the bank also announced that it had added the following (taken from the What's New in version 3.13.0 in the Apple Store): Again, all of these features are demonstrated in our video below, with the exception of activating travel insurance and applying for a new account in the app. The latter, as demonstrated in the video, was in fact not available in the app, instead we found links that redirected the customer to a web browser session.

The release of the new app also comes at a time when the bank has announced that it will soon no longer offer a dedicated mobile web digital banking channel, as explained to customers when currently logging in via a mobile browser and seen in the screenshot left of screen.

We hope you you enjoy the video below, which includes detailed commentary explaining navigation and functions as they're encountered. If you have any questions or you'd like to see more please leave a comment below and we will be happy to assist.