Three years ago the Commonwealth Bank launched what has since remained a uniquely Australian banking offering, namely, Cardless Cash. 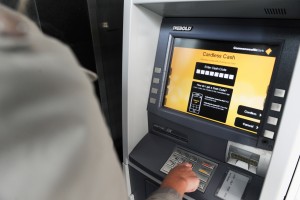 Shortly after the Commonwealth Bank's launch, Westpac Australia followed suit. In fact it was only a matter of months later.

More recently, Westpac subsidiary bank, Bank of Melbourne has also launched the functionality for its customers.

The Westpac and Bank of Melbourne experiences are similar, though it is notable that Westpac customers can only access the function via a link that is present in front of the password. If the customer has logged into the main banking app they must first logout, and login again specifically to access the Cardless Cash function (known as Get Cash in the Westpac app).

Both Westpac and Bank of Melbourne allows customers to make this decision in the final stages of the use of the function, and rely on the phone's SMS service in order to send the relevant information to a third party recipient.

Readers will find three videos below that demonstrate the functionality of each bank's Cardless Cash functionality via its iOS mobile app. Screenshots of the ATM process will be appearing in a blog in early 2017, so make sure you visit us again then if you'd like to see more.

The Commonwealth Bank (No Audio)

Bank of Melbourne (No Audio)

Prev Setting Up a Monzo Account Next Keen to Meet Clever Kash? You should be so lucky!