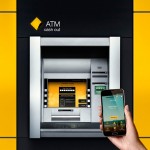 Late last year we published a post that looked at the customer journey for cardless cash withdrawals via the mobile apps of three Australian banks, Westpac, the Bank of Melbourne and the Commonwealth Bank.

Readers can view that earlier post here, including the videos that step you through the experience of each.

In a follow up to that post an Australian based iSky Researcher recently completed an ATM withdrawal using the Commonwealth Bank cardless cash feature in the iOS mobile app, and a video of that journey can be seen below. Notably Commonwealth Bank customers are provided with two options for their cardless cash withdrawals, including the ability to send money to others or withdraw cash themselves. Both involve the use of the app and an SMS Pin code, and each of these elements have been incorporated into our video below.

In this instance the recipient was the account holder, and the video demonstrates the steps that pick up on the process at the point at which the earlier video left off (again, the video for the app based steps can be seen here).

As an experience, iSky Researchers found it seamless. There was next to no friction in the transition from the app to the ATM, likewise there was no 'lag' at any point.

Finally, for those that would like to see more, we have included an image of the receipt received when completing the withdrawal.

If you have any questions please post them below, or get in touch with us via email.